Should We Replace Locks or Keys? Lock replacement is considered extremely important but having the keys replaced sometimes comes as a necessity and it's definitely vital, too. Having new keys and locks is of the essence but they are usually needed in different times and for different reasons. What's important about them is that they can change entirely the level of your security. Whether we are talking about lock or key replacement, such tasks might be needed urgently but they can also become the means with which you decide to enhance security. So, there is really no question of which one is preferable or contributes mostly to your security since their need is triggered by different problems.

Change the locks and replace the keys: they're both important 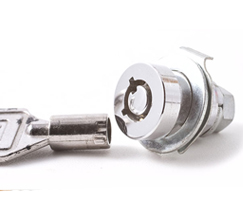 With lock change, you succeed to put new basis to your security. Picking new locks and having them installed is the prime step for a well secured home. It might take place as part of a home improvement project or after your decision to finally have the old locks replaced. The replacement of locks will also be necessary when the existing bolts are destroyed by perpetrators and are beyond repair. In any case, the new lock will come with a new key and that means a lot to your home security.

The key is replaced for a completely different purpose. It will be replaced because it's rusty or damaged and due to lost house keys. In such cases, there is an urgency to have the same key cut again in order to fit the same lock. It doesn't include having the lock changed, too; just having a new key. This is extremely important during emergencies but also when you want to prevent urgent problems, which result from old and distorted keys. Such keys might not turn easily and one day they might not fit in the keyway any longer. So, prevention pays off.

Both of these decisions – to replace the keys and the locks – will make your life more secure and definitely more comfortable. You won't have to struggle with stiff locks and damaged keys and you won't go through a house lockout just because the key broke in which case having the key replaced will be needed again.